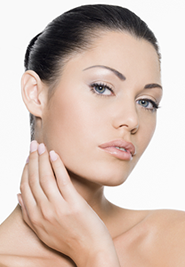 Men and woman can highlight areas of the face using facial implants. The most common areas that are augmented are the cheek and chin areas. Implants are usually made of silicone or a substance that is similar to sea coral. The implants are placed through small incisions and are well hidden. Patients who may never have had a prominent chin or cheekbones can now enjoy the enhanced appearance with these implants. Implants can also be placed in other areas of the face including the grooves between the lower eyelids and the nose, the area between the nose and the upper lip, as well as alongside the jaw.

Facial implant surgery is usually performed as an outpatient under twilight anesthesia. Implants can also be placed at the time of other surgeries such as facelifts. The patient will experience tenderness and swelling that is most noticeable for approximately four to five days but gradually subsides. Most patients can return to light activities in three to four days. Swelling make take three to five weeks to completely subside.

If you would like more information about Facial Implants or to schedule an appointment, feel free to fill out our convenient contact form or call us directly at 301.982.0202.