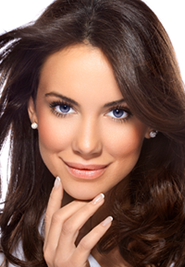 A variety of techniques are used to lift the tissues of the cheek. As people age the cheek tissues gradually descend. This causes a hollow below the lower eyelid and highlights the border between the eyelid itself and the cheek. In addition it contributes to prominence of the folds seen between the edge of the nose and the corner of the mouth. Several techniques are used to lift this cheek tissue restoring a more youthful affect with fuller appearance of the cheeks. In men and women in their mid-thirties to late forties a percutaneous technique can be used, which uses very small incisions in the fold between the nose and the corner of the mouth and an incision in the temple area which is hidden within the hair. In older patients this technique is oftentimes combined with a facelift. The final result is that one is able to once again have the fuller and rounder cheeks that they had in their youth. Oftentimes this correction can be combined with an implant if the patients desires correction in an area that was previously deficient.

When a cheeklift is performed by itself it is done as an outpatient. When it is performed as part of a facelift the patient will oftentimes stay in the hospital one night. Following the performance of a cheeklift patients will usually take four to seven days to return to light activities as well as work. Swelling and bruising can be expected in the first one to two weeks but can be concealed with makeup in the second week. Swelling may take up to six weeks to disappear completely. The scars that are used are small and conceal easily with makeup. The other scars are in the hairbearing area and are unnoticeable.

If you would like more information about Cheeklift or to schedule an appointment, feel free to fill out our convenient contact form or call us directly at 301.982.0202.